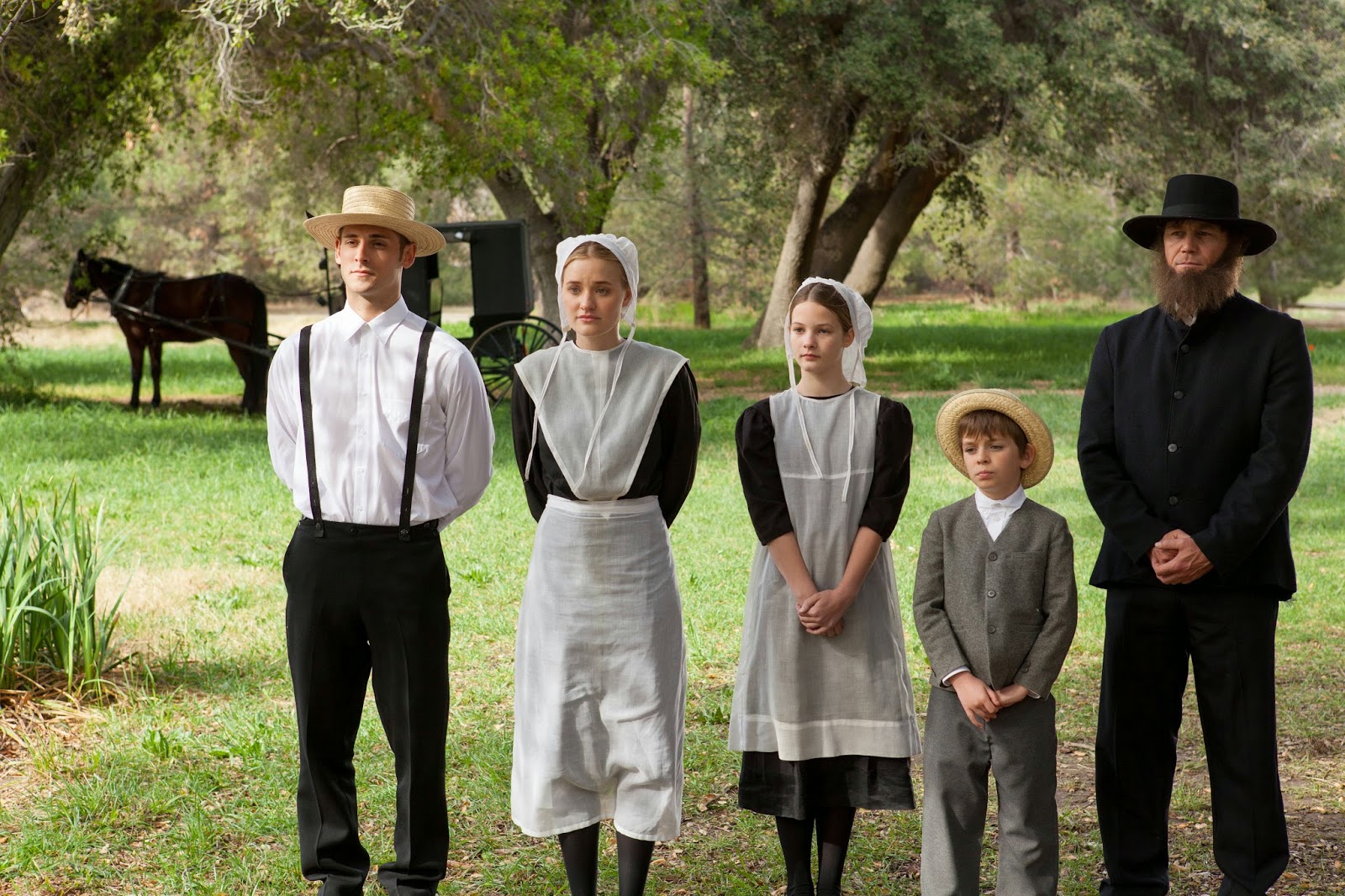 Expecting Amish is a drama about four Amish teenagers living in rural Pennsylvania. When they are allowed to go to Los Angeles to experience RUMSPRINGA or rite of passage, Mary (Alyson Stoner), Isaac (Cameron Boyd) and Sara (Aurelia Scheppers) are excited to make the trip but Hannah (AJ Michalka) is reluctant to leave her father (Brian Krause), siblings and her “fiancée”, Samuel (Jean-Luc Bilodeau).

Once they get to Los Angeles, everyone but Hannah immediately enjoy their new freedom. Encouraged to spread her wings and go to a college party, Hannah meets Josh (Jesse McCartney) in the most cliché rom-com way and the two become inseparable. When Hannah begins having feelings for Josh, her friends become concerned. Eventually, the time comes for the four to return to their Amish lives and be baptized by their elder (Ron Ely). But Hannah struggles between choosing to live the life she’s expected to, or the one she wants. Things get even more complicated when she discovers a shocking secret that will change her life forever.

Maybe it’s because after the last Lifetime drama I was spoiled into thinking they would continue to push the boundaries on their “risqué” films. But Expecting Amish has to be one of the safest and unexciting movies I’ve seen from Lifetime in a while. Considering its premise, I was hoping for a lot more fights, sex, partying, etc-you know the basics of rebellious teen Lifetime drama. Though there is sex, there is no passion. Hannah and Josh come off as friends forcing sexual chemistry that is just not there.

Putting the undesirable romance aside, even the subplots are weak. So many characters are set up for some stimulating storylines, but instead of seeing them through, they are blown over and their wrong doings are never addressed again.

Expecting Amish might as well be a blip in this Saturday night’s TV line up. There’s nothing to see here people, change the channel.