Jason Momoa is a man full of passion. He has endless passion for his family, passion for acting, passion for the passions of others. So it should not come as a surprise that he puts the same amount of affection and care into his feature-length writing and directing debut that he would put into anything else he loves. As a man whose initial appearance comes across as imposing and gruff, the delicate revenge film “Road to Paloma” is haunting and moving. Not something I would have expected, but it was something I thoroughly enjoyed.

Momoa stars as Wolf, a young native man who flees his home after violently avenging the murder of his mother. His co-writer Robert Homer Mollohan took over the role of Cash, a troubled vagabond who joins Wolf on his journey across the stunning American west, whose fate is hopefully less bleak than his counter part. Together the actor-writers crafted a wrenching tale of the ties that bind family and the costs of redemption.

Wolf and Cash are tragic figures, but Momoa wanted to make sure these two men felt real and that their motivation was grounded in something bigger than just a road trip adventure.

“It’s not really hard talking about it,” said Momoa when we began our conversation during his drive home in Los Angeles. “But making it just might be the hardest thing I’ve ever done. We were involved with every piece of it, from wardrobe to the art to the editing. So I think my family is ready for me to be done.”

The actor has often spoken to the press about his desire to slip behind the camera. He has never gone as far as suggesting that his acting career was only a step to putting himself in the director’s chair, but it can be assumed that finding the right behind-the-scenes fit for “Road to Paloma” might have proven challenging. The indie marketplace is overrun with road films, and it takes a very special hook to get those movies beyond the early stages of pre-production.

“I always knew I wanted to direct it,” Momoa assured. “I wrote the film with some buddies of mine; two really talented gentlemen. And it was always something I wanted to do. But I had to do work beforehand, just to get ready to do a feature film. I love acting, but sometimes it’s hard to get a foot in the door.”

Momoa’s previous project, “The Red Road,” also delved into the rampant violence against women on native reservations, unseen atrocities that the actor believes are mostly ignored by Americans. “Road to Paloma” not only offers the actor the vehicle to show his chops as a writer-director, it also provides a platform to open up a conversation about the native reservations that he believes needs to happen.

“Wolf really sees that these injustices are happening,” Momoa pointed out, directing focus on the reality in which his characters live. “This is happening all over the reservations. And [for me] being a father, a husband, a son, a grandson, and should this ever happen to me or my family, I [would have to ask myself] ‘what would I do?’ I’m going to actually do worse things than Wolf and probably go to jail. If I go to jail then I’m just pissing away my life. Or you’re going to be on the run and you’ll be done in six months. So he’s going out and meeting the other characters.”

The trouble comes when Wolf meets a woman who makes him doubt his revengeful mission. Momoa’s wife Lisa Bonet plays Magdalena, a mysterious woman who falls in love with Wolf and tries to show Wolf there is more to life than revenge. Of course, this is not a film that ends the way you want it to, but Bonet and Momoa’s real-life chemistry sizzles onscreen, and if there was any doubt why they are married with kids you can just put that right out of your head.

“He meets this beautiful woman and falls in love,” reflected Momoa. “He starts to realize he doesn’t want to go to prison and live this way. And it may be a surprise for some people, but at some point Wolf knows he’s not going in. He’s too much a free spirit and there is no way to cage this animal.”

“The whole point of the movie is to ask what mark you leave on this world,” added Momoa. “Are you judged by that one action? Are you defined by that action? So you get to see him in love, and you get to see him through Cash’s eyes. So when people [like Wolf] pass they get to live on in you.”

Jason Momoa’s directorial debut “Road To Paloma” is available to download now from Amazon and iTunes. It is also available on DVD/Blu-ray. Sundance has renewed “The Red Road” for a second season, you can catch the first one on Amazon Instant Video.

ROAD TO PALOMA is the beautiful journey of two bikers traveling across America’s vast west. While Native American Wolf (Jason Momoa) is being pursued by the FBI for having taken the law into his own hands, when his mother was raped and killed on their reservation he crosses paths with Cash (Robert Mollohan), a down and out musician who is coping with the end of his marriage. An unlikely friendship develops, as they ride together towards the Teton mountain range, where Wolf will spread his mothers ashes. 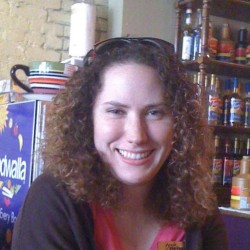