This debut work of sociological science fiction follows a deadly battle for succession, where brother is pitted against brother in a singular chance to win power and influence for their family.

The premise behind Juliette Wade’s debut novel offers an interesting dystopian society setup with a caste system centered around politics. When I read the back of the cover, I was ready to dive into this new world located in caverns under the earth. Unfortunately, my interest waned somewhere around a hundred pages in, declining steadily with each chapter due to heavy dialogue. The conversations overthrow the book and basically turn it into a play, as scenery and inner thought take a backseat to political discourse.

We start out meeting Tagaret, a first family in the Grobal class, which is the highest level in the intricate caste system. For a thousand years, the people have lived underground, and going up to land isn’t an acceptable option. As far as I can tell, the highest class, the Grobals, all live in one maze of rooms in shared tunnels, which adds to the intrigue. The problem is, no decent definition explains why the people live underground with no rights to ascend to land, which decreases the book’s plausibility. Maybe more information will be offered in book two as this is only book one.

The Grobals are sick and dying for a class-centric fever that sends the city Pelismara of Varin into a race for a new leader when the Eminence dies from said fever. As a Grobal and in the first family, Tagaret is in the game, although he has no desire to live in the land of politics. He wants to spend time with his vast group of friends and chase after his lover, the girl of his dreams, and music. However, the class system does not allow boys to interact with girls without a lower class servant chaperone that complicates the world as do many other rules and even Gods that barely warranted mention let alone details.

Tagaret’s younger brother, Nekantor, wants to play the political game. He wants to be the new leader and will do anything to get a new position but he has to play the game against the twelve other Grobal families and usurp his older brother’s right. The boy’s father wants one of his sons in a position of power and like his younger son, eats, sleeps, and breathes strategy and the game. Tagaret’s more like his mother; he cares about people and relationships, which is why his mother Tamelera takes it so hard when her husband replaces her maid with a younger male. Aloran, the new handmaid, finds working for the first family difficult and finds himself in a world he doesn’t want but has no choice because of the ranking system.

The entire book centers around Targaret’s fight to learn the game and win the election to become the new Eminence. Then he falls sick along with many other Grobals, and the families scramble to find new candidates before the lower castes can make a move against their power. Nekantor just might end up the leader and with the love of his brother’s life as his life partner. The problem is, Nekantor shows signs of not just narcissism but a myriad of other mental issues, and Tagaret needs to find a way to stop his brother from gaining power for the good of Varin.

Not only is the book weighed down with dialogue, but the writer limits visuals too and critical ingredients to a fully developed book. Reading a book allows the reader to escape from their world into a new world, but what about one with few visuals to propel the reader into the world? “Mazes of Power” doesn’t describe the setting in enough detail to transport anyone. Nor does it provide enough information in the text to understand each caste, and instead, you need to continually return to the front or back index for further information, which is limited. If the book were actually a play, you could at least see the set and the people.

None of the characters were described in a way conducive to visualize the physical aspects except a few hair colors and eyes. I wish the author would read Diana Gabaldon’s books or Jodi Picoult because they have the ability to spend a little time out of conversations and provide a sprawling landscape along with fully featured characters for their readers. Juliette Wade excels at political webs and weaving countless characters into the intrigue, but this does little good if the audience cannot connect to even the protagonist. The discourse propels the book into a faster pace but with lots of repetition too. Many of the same phrases and actions tend to reduce engagement with the plot. In the second book, I hope to see more landscapes, more internal thoughts, and less focus on mind games through conversation. The book has many great details, but they are so hard to keep hold of due to the many flaws bombarding the narrative. 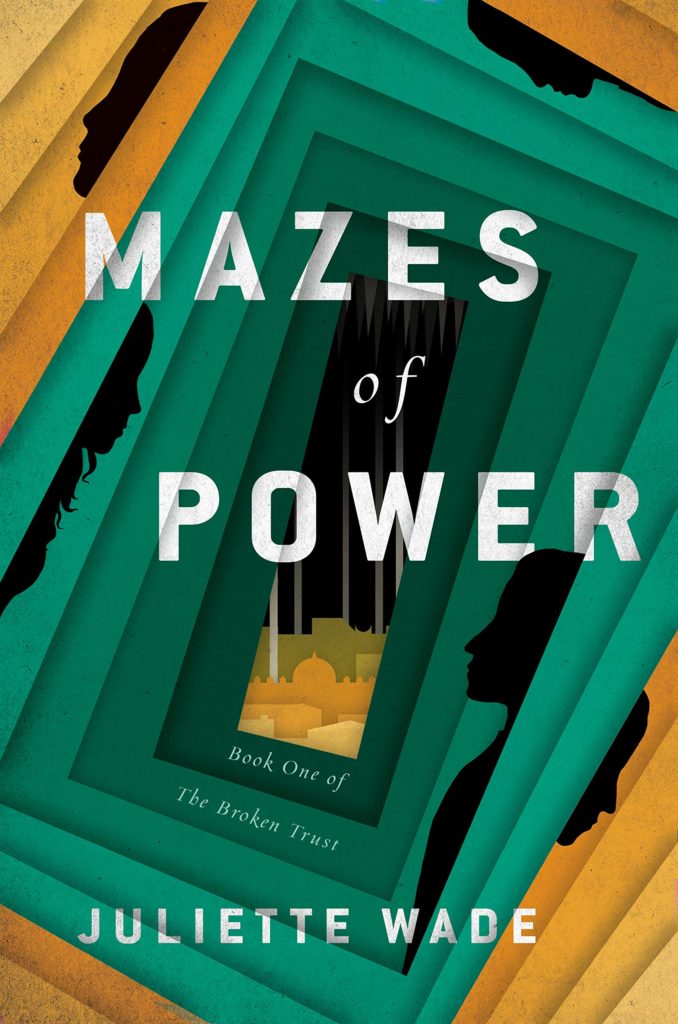