Home > Featured > TV > Best of 2015: The Television Shows That Defined The Year

Next in our series, we take a look at the best television shows of the year. I have seen most shows this year, but I have a few omissions that I didn’t get to. I missed the last season of ‘Mad Men’ because of bad timing and never could get caught up. I also didn’t get a chance to watch ‘The Americans’ or ‘Homeland’ and I heard they were particularly good this year. Still, I watched most every other show in contention for awards and can pretty much guarantee that there is nothing else better than the list you are about to read.

So, without further ado, here are the best shows of 2015!

10. Jessica Jones
Marvel had a really good year in 2015, but it was on television where they most excelled. Especially, on Netflix. The second best of the two brilliant shows they put out was ‘Jessica Jones’. In this clever creation, Krysten Ritter plays a powerful detective who is trying to stop a man who can control minds. The set up is horrifying and the execution meets all expectation. Also, one of the best television villains of all time.

9. Man in the High Castle
Many thought this to be a tale that could be made into a motion picture. Well, maybe a movie wouldn’t have worked, but the show is quite exciting. The concept here is that the Nazi’s and Japanese won World War II and they have taken over America. However, there is a film that shows America winning the war as happened in our reality. How can this be? Is there time travel going on? Is this propaganda? If it’s not real then why does everybody want to know where it came from so badly? These are just some of the intriguing questions this show asks.

8. Orange is the New Black
At this point it should just be a given that this show is going to be one of the years best, but that doesn’t change the fact that it’s true. There is a depth of character in this show that never ceases to amaze. The characters seem to grow and evolve with every single episode. Not to mention the fact that this show is filled with crazy revelations to keep you on your toes. I have a feeling we will be binge watching this for years to come.

7. Better Call Saul
‘Breaking Bad’ is one of the best shows of all time and this show delves into that magic from time to time. It also gives fan favorite characters Saul and Mike the character development they never got before. The episode where we discover why Mike comes to New Mexico is one of the best episodes of anything you will ever see. It’s absolutely great!

6. Mr. Robot
One of the best new shows on television in 2015 was about a hacker who is trying to rewrite the wrongs of big business by using his computer skills. It’s also a psychological trip into the mind of a brilliant man who is socially awkward and seems to possibly have some mental issues. Rami Malik gives an award worthy performance in the lead role and the writers nail down the depths of his character with brilliant voice overs. The second to last episode was one of the best surprises of the year and I can’t wait for the next season. 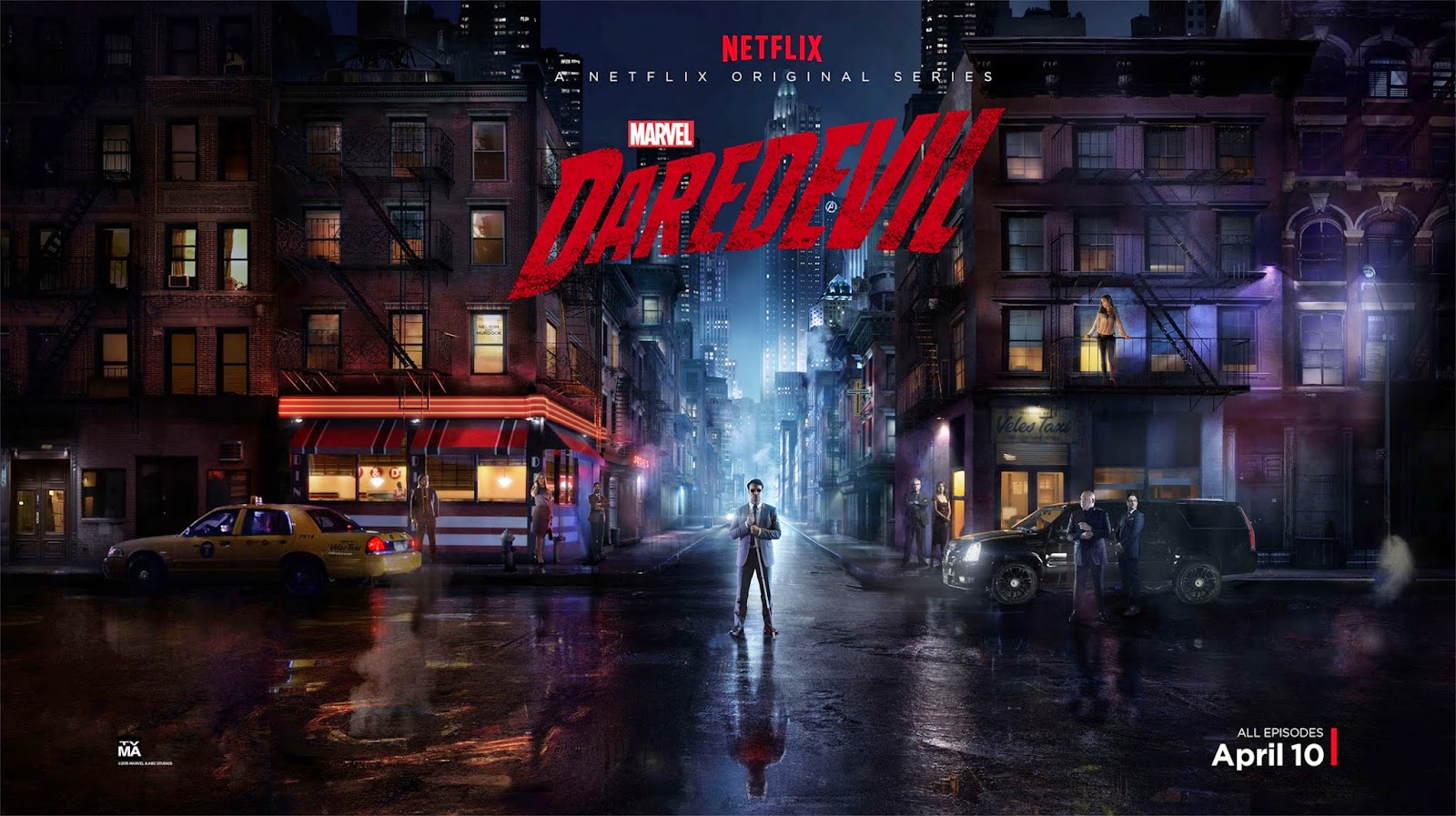 5. Daredevil
The best thing Marvel did in 2015 was manage to take a character that was in ruins after a pathetic movie from a decade ago and turn him into the most bad ass superhero of the year. This shows version of Daredevil is like Bruce Wayne without all the gadgets. It’s a tragic and violent story that asks us to walk the line between the justice system and vigilante. The question becomes what is true justice and how do you really tell. Add in a great actors like Charlie Cox & Vincent D’Onofrio and you get a show that you won’t soon forget. 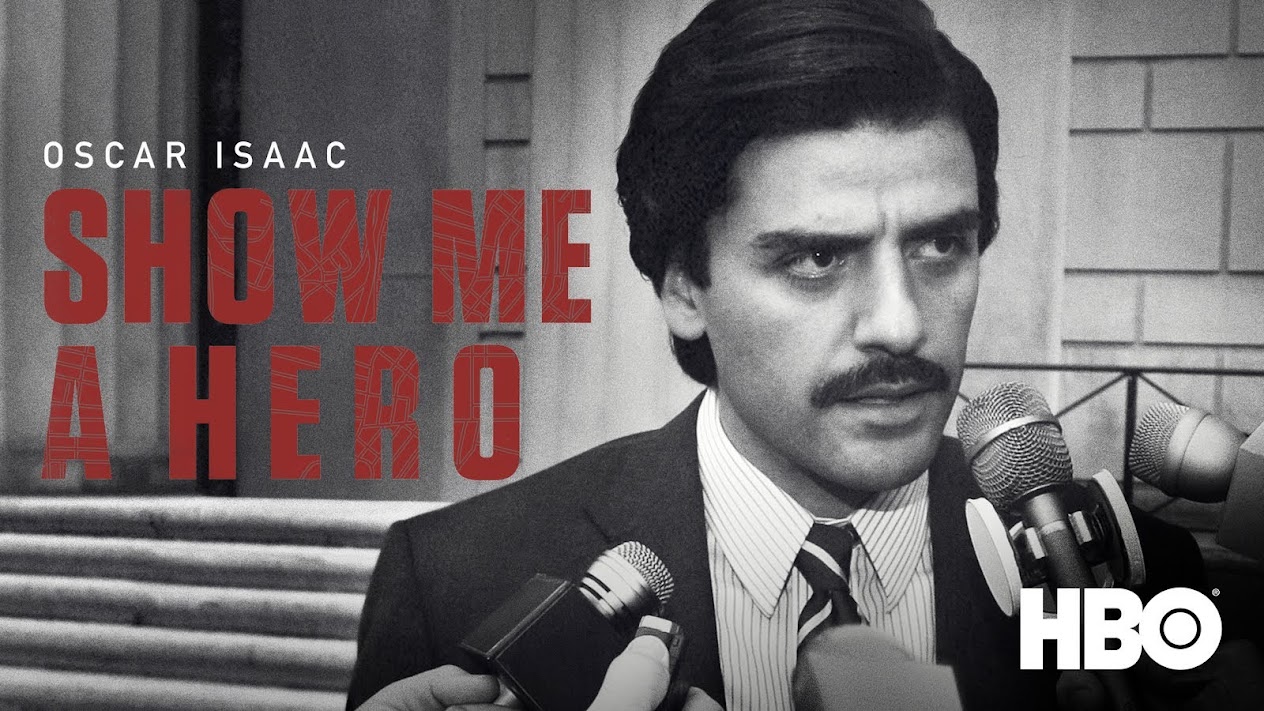 4. Show Me A Hero
This miniseries is one of the best looks at local politics I have ever seen in my life. The show chronicles the late 80’s when low income housing for black families was part of a push for equality that had been long overdue. Sadly, many ignorant or racist whites fought the law and created a ridiculous stalemate. Yonkers was one of the worst places in the country for this kind of backlash and a young Mayor named Wasicsko was caught in the middle. The way this show place out the local town meetings, campaigns, and back door dealings is brutal at times, but also highly illuminating. Oscar Isaac also gives the performance of his career.

3. Justified
This has been one of the best shows on television forever and has gone mostly unloved by the Emmy voters. I have never understood why. This show has had some of the best writing and characters on tv for nearly a decade. Sadly, this year brought this great show to a close. However, for those of us lucky enough to watch it, we got one of the best series finales in tv history. The names Boyd Crowder and Waylon Givens will go down in history as some of the best written and performed characters ever. So, thank you to the late Elmore Leonard and all the great writers who brought us this show. It will be missed. 2. Game of Thrones
This season of ‘Game of Thrones’ will certainly go down as one of the most epic television has ever seen. There were plenty of double crosses and great story lines (plus some more infuriating deaths), but what will be remembered is the way they went big unlike any television series has gone big before. I mean, I’ve seen some big action scenes on shows in the past, but they all felt like television. ‘Game of Thrones’ gave us wars against white walkers and dragons flying into crowded gladiator stadiums with hordes of extras. The special effects were picture perfect and the production value around everything was like watching a Hollywood blockbuster. To see a great story like that for adults is a rare thing and something worth praising highly. Thank you HBO!

1. Fargo
This is easily the best show of the year. It’s actually not even close. Hell, this may be the best piece of entertainment of any kind in 2015! The writing is fantastic. The performances are all pitch perfect. The cinematography is of a quality that no other show on television comes close to. The lighting work rivals even ‘Sicario’ and ‘The Revenant’. Honestly, there is not one episode that won’t leave you stunned by its quality and glued to your seat. I enjoyed the first season a lot, but this season is so good that I will actually get angry if anything beats it out at the Emmy’s. The story may be a simple one of rivals and revenge, but the way it gives every little moment or confrontation its dues makes for a show that’s consistently compelling. Even a little scene where a cops wife looks over the pictures on her wall is given its ample attention. It’s this level of care and craft that makes ‘Fargo’ a masterpiece!